Preview Mode Links will not work in preview mode

Sunday School EP 12: Using Philosophy to Get at God with Dr. Robert Delfino

Sunday School EP 12: Using Philosophy to Get at God with Dr. Robert Delfino

Can you know of God through reason alone? What can philosophy tell us about God's existence and nature? Dr. Robert Delfino joins me to a deep and interesting philosophical conversation about how the philosophy of Thomas Aquinas and his famous "5 ways" can help us to form a better understanding of the divine. 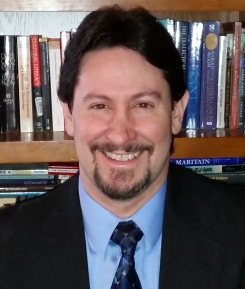 Robert A. Delfino is Associate Professor of Philosophy at St. John’s University in New York City. He received his Ph.D. from the State University of New York at Buffalo, where he specialized in metaphysics, medieval philosophy, and Thomas Aquinas, studying under Professor Jorge J. E. Gracia. His current research interests include metaphysics, ethics, and the relationship between science, philosophy, and religion. He has published articles on Aristotle, Aquinas, Kant, Husserl, philosophy of science, personal identity, and human rights, in various countries, including the United States, the United Kingdom, Canada, Germany, Italy, Russia, Poland, and India. He has presented papers at the University of Oxford, in the United Kingdom, the Comillas Pontifical University in Madrid, Spain, and the John Paul II Catholic University of Lublin, in Poland. He is a fellow of the Adler-Aquinas Institute, a member of the Board of Advisors for the International Etienne Gilson Society.

I can't recommend Dr. Delfino's book enough:
Does God Exist: A Socratic Dialogue on the Five Ways of Thomas Aquinas 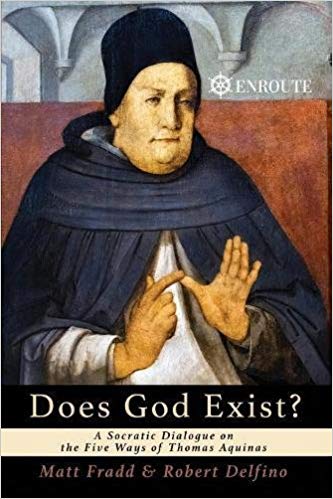 This is a thorough and accessible read for anybody who's interested in the relationship between faith and reason.
Other mentioned resources:
Articles:
Etzel Cardeña, "The experimental evidence for parapsychological phenomena: A review" American Psychologist, Vol 73(5), Jul-Aug 2018, 663-677.
http://psycnet.apa.org/doiLanding?doi=10.1037%2Famp0000236
Books:
A. https://www.amazon.com/Transcendent-Mind-Rethinking-Science-Consciousness/dp/1433822776/
B. https://www.amazon.com/Search-Divine-Reality-Science-Inspiration/dp/1557284687/

Want to become better than most people at most things? Then the Pat Flynn Show is for you. Listen in, and learn: - How to Master The Pat Flynn Philosophy of Generalism—or why it’s better to be better at many things, not best at just one. From there, how to combine abilities to create a competitive advantage at anything you could want—a tactic known as “skill stacking.” - Obtain Knowledge Fast, Learn Any Skill Quickly—Discover the 5 Generalist principles for ultra-efficient practice sessions and study habits. - Access Interviews with Generalists the world over—The Pat Flynn show covers everything from fitness and mental health to business and writing to philosophy and theology. - Get the tools you need to become someone who outperforms, outsmarts, and outmaneuvers the pack. - Discover hands-on tools, tips, and tactics to pursue your most fulfilling life. In this podcast, get to know best-selling author, philosopher, fitness coach, musician, and entrepreneur, Pat Flynn as he expounds upon his theory of Generalism, a theory applicable to each and every one of us.